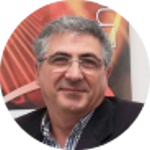 For more than 35 years in the world of broadcasting. At first, he became part of the staff of La.C.E and later Elettronika, following a path that led him to deal with technical assistance, testing and then R&D. He later moved to the sales department with all of his technical knowledge in order to support, from the commercial and technical side, the customers in the various areas of the world.
At present, Vito is the Sales Manager for the American and Chinese markets as well as for some areas of the European market. 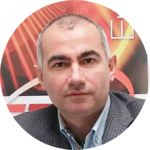 Phyisicist with a post-degree specialization in Signal Processing. After a stint in a Testing company for the aerospace industry, he became part of Elettronika R&D staff, with the task of designing RF devices and the first version of the remote control software. Currently, he is in charge for obtaining national and international certifications for Neetra products and is the Sales Manager for the Asian, European and North-African markets. 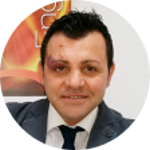 Interested in electronics since he was a child, when his favourite pastime was disassembling small radios.
He worked for 24 years in Elettronika with various jobs, from Head of Production to Sales department. He managed several projects in Italy and abroad.
His career is progressing in NEETRA, where he is currently the Sales Manager for the Italian market. Main ingredient of his attitude: constant learning to achieve goals. 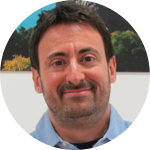 Electronic Engineer in charge of Production Process Supervision. He has over 10 years’ experience in the field of broadcasting and telecommunications along with a great expertise in technical assistance ‘on-site’ and from remote (Pre/post sales engineer). He constantly gives his technical support to Design and Testing Department while running the Quality Management System of the company.
He also takes care of Product Certification Procedures. 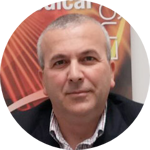 Coordinator and Head of Broadcasting Production. Electronic engineer with more than 10 years of experience in the broadcasting field.
After being a project manager in the R&D area, he has been for years the head of the broadcast production department.
Passion, precision and reliability are the keywords to read his profile. 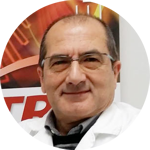 Testing technician, he has more than 20 years of experience as tester of broadcsting devices.
Aside from being a reference point for the whole department, he showed dinamicity also in the several installations and technical interventions around the world, from Africa to Asia, and many European and American countries. 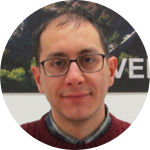 PhD Physicist specialized in Innovative Physical Technologies.
After working in the field of technological research for public Research Institutes, he becomes member of Neetra staff thanks to the project PhDITalents. In cooperation with R&D department, he is currently in charge of developing control systems for RF equipment.
Creativity and passion for technology are his strengths. 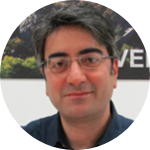 Electronic Engineer specialized in the design of telecommunication equipment. After 18 years’ experience in the design of electronic devices (firmware, hardware, analog, digital, mixed-signal and radiofrequency) for different industrial sectors, he becomes part of NEETRA R&D staff where he rediscovers his old passion: radio frequency and telecommunications. He is mainly involved in R&D activities for the development and production of new technological products and supports Production Department in maintaining and updating our current existing systems.